Do You Know Much About Your Web Browser? 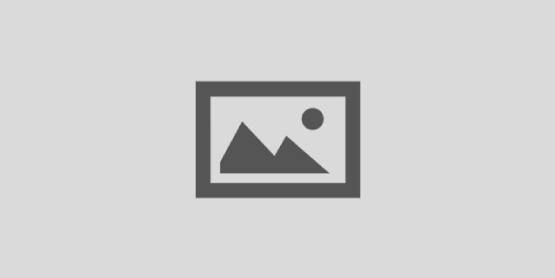 One of the longest running questions from consumers is “What browser should I use?” While there are Pro’s and Con’s for each browser in the market place, there is an element of not knowing it could be costing you more than you think.

Ultimately it should be the individual to chooses, unfortunately knowing what one they should go for really becomes a matter of preference and ideally should be one in the top 5 of the market leaders. What costs come with this though will shock you if you are not an IT Professional. Lets look at a few of the leading products in the market place and see some interesting facts about each browser and how they are funded.

This great browser is a favourite one used by millions around the world each day. It’s biggest selling features include privacy and speed. More importantly though it is widely adopted and used by designers and corporate companies around the world. It is however often ridiculed for its speed once you start adding things in to the browser and accepting automatic updates for it. The complaint tends to be around the load times when opening for the first time or reopening after leaving your desk for a short period of time.

It does have some great features like the automatic updating, latest platform support and support for trending technologies that are making an impact in the industry. A great feature that Firefox has in its arsenal is the ability to sync passwords and user history across to multiple devices.

While Firefox is an open source browser its revenue raising is done through search queries made by each Firefox user. This generates reportedly between 50 and 100 million a year. This means that any search you do through Firefox is ultimately generating revenue but more importantly the search term you have used is recorded and sent on to Google by Mozilla at its discretion.

This is a very light weight, yet powerful browser that has got a large volume of users very quickly. The product was created after Google decided to pull funding and support from Mozilla. It has however proven to be a very quick browser and one that is geared for both designers and end consumers in mind. There are quite a few extensions available for Chrome as well.

It does have some things going for it that Mozilla does not which includes the amount of cross browser and platform support due. It is included in a lot of mobile devices due to it being in the Google family just like the Android OS. It is often an alternative browser installed by IT Professionals because it is very easy to use and is very quick to install.

Chrome is funded by Google which receives funding through its advertisers. There is a twist though, Chrome has its own dedicated funding from Google but makes money by saving Google on royalty expenses.

One of the longest running and lasting browsers in the market place today. It is the only browser to make its way in to an operating system and to be part of an anti trust campaign. The unfortunate thing is the bad news for the browser doesn’t stop there. It has been labelled as possibly one of the worst browsers around by designers and other industry professionals around.

It does have longevity in its blood, it is gradually becoming quicker, more user friendly and more importantly it is slowly clawing back towards the top in popularity again. It is trying to comply with its counterparts with compatibility and support but is still a ways off yet. The biggest things that stops it from really getting momentum is its support for latest web technologies and not supporting popular technologies supported by its competitors.

Microsoft Internet Explorer / Edge is one of the few browsers that has no revenue model for its funding. It in fact derives its income through driving traffic to Microsoft’s very own Bing search engine. It does mean that your search queries are not shared with anyone and doesn’t encroach on your privacy by using a feature in the browser.

The most popular and successful browser on Apple devices. The biggest reason for this of course is because it is natively designed for Mac OS or iOS. It is unfortunately no longer available on Windows as an option. This may make a few Safari lovers sad but ultimately there is nothing it offers that Chrome or Firefox doesn’t already.

The one thing that this browser is known for is performance on both Apple’s mobile devices and desktop environments. Further to that it is one of the quicker adopters of web trends and technologies.

There are plugins available for Safari however they are not as popular at this point in time as Firefox or Chromes addons / extensions.

Unfortunately for Safari it suffers from the same revenue raising as Mozilla by sharing its users search term data with Google. This may change over time but as of last November Apple renewed its contract with Google.

Now that you know more about different browsers you can now make a more informed decision on choosing what browser you should go with in the future and more importantly you can tell people what the web browser really costs to use.